For starters, nothing much. We are facing the same old strifes’ amongst the so-called Muslim nations of the Middle East. In fact, in the case of Saudi Arabia, time-honoured traditions and social taboos are fast dissipating as the Crown Prince of the House of Al-Saud, Prince Mohammad bin Salman al Saud, has decreed that there will be allowed, night clubs and open events where men and women will be allowed to mix and party as they please.

Some might say that it’s about time that Saudi Arabians be allowed to be as they really are in their home country and not put up a show of being ‘holy moly’ in Arabia but go havoc when they travel overseas.

He has lifted the ban on Saudi Arabian women from driving, allowed cinemas to be opened, allowed nightclubs and entertainment outlets to be established in the kingdom.

So, in a way, Saudi Arabian citizens are finally living a life which is similar to most countries in the modern world. Gender inequality is ingrained in Saudi Arabian culture but slowly but surely, one by one of these taboos are being removed by the Crown Prince in his mission to fast forward Saudi Arabia into the 21st century.

He intends to open up Saudi Arabia for tourism and not depend solely on fossil fuel extraction as its sole source of income and base of its economy. That’s admirable.

Yet, Crown Prince Mohammad bin Salman al Saud is not free from controversy. He is said to be the one who ordered the assassination of dissident Saudi Arabian journalist Jamal Ahmad Khashoggi who was on the run for being quite critical of the Al Saud family. 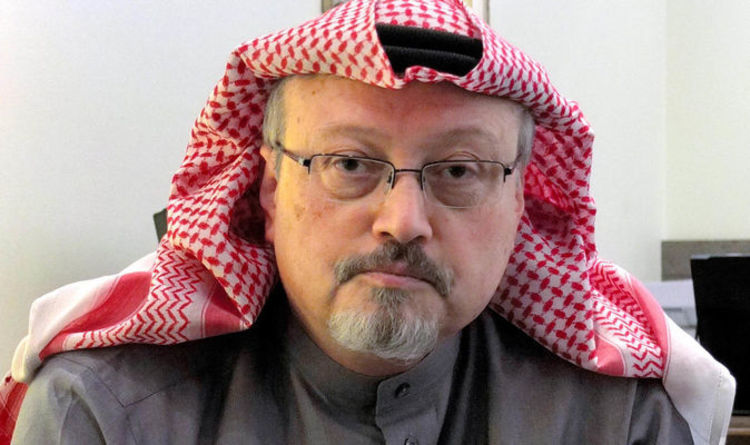 Jamal Ahmad Khashoggi [photo] was butchered when he went to the Saudi Arabian consulate in Istanbul, Turkey to have his Saudi official identification documents processed for he needed them to register his marriage with Hatice Cengiz, his Turkish fiancee.

To this date, Crown Prince Mohammad bin Salman Al Saud has not been formally charged with ordering the assassination of Jamal Ahmad Khashoggi. Instead, as usual, a number of others have been ‘found guilty’ of the murder. I am sure that Hatice Cengiz will not get the justice she seeks for from anyone. Even the UN will not raise even a whimper against the Saudi Arabian government or censure anyone else. The USA who are deeply involved in an arms supply deal to Saudi Arabia worth hundreds of billions in US Dollars will obviously not bother about this case.

The Saudi Arabian Government didn’t want to attend the late 2019 KL Summit because they were not willing to have any other Muslim country take the lead in discussing Muslim affairs and come to any solutions to solve the Ummah’s woes and problems. Only the leaders of Turkey, Qatar and Iran were brave enough to attend this summit. Pakistan’s Premier Imran Khan didn’t attend the summit and instead sent a representative after attending a meeting with Saudi Crown Prince MBS.

Malaysian 7th Prime Minister, Tun Dr.Mahathir Mohamad is well known for not mincing his words when it comes to calling a spade just that. He is very much respected by almost all other countries leaders for being courageous and brave enough to criticize the superpowers at the United Nations General Assembly, right there in New York, United States of America.

Witness for yourselves how foreign dignitaries and leaders of other countries lined up to shake his hands at the UNGA after he delivered his speech.

Not that many Muslim leaders have it in them to speak so courageously and clearly calling for the upholding of true justice for all nations and to not allow just a few major countries continue to have veto powers overruling the wishes of 200 over member countries of the world. We have yet to see any other leader in this world speak so clearly against the superpowers such as the USA, UK, France, Russia and China.

Here in Malaysia, the Muslims are often at odds against each other and thus remain divided into several opposing political parties. As a result, the ethnic minority political parties such as the DAP have grown in power and every now often, encroach into the religious affairs and socio-cultural matters which are offensive and sensitive to the Malay-Muslim majority.

Lately, the matter regarding the re-introduction of the Jawi calligraphy into the module of Standard Four primary schools education system became a major scandal where the Chinese Educationist Pressure Group Dong Jiao Zong constantly goaded and pressured the Education Minister, Dr Mazlee Malik to reverse his decision and were bombarding him, day and night to the extent where he decided to call it quits and just tendered his resignation.

All these take place because of the disunity amongst the Malays and also due to the past government’s corrupt and kleptocracy which brought Malaysia to be so indebted to China with debts totalling more than 1 Trillion ringgits.

It’s a sad reality that although the Quran was delivered to us in its entirety more than a thousand four hundred over years ago, most Muslims and their leaders have failed to live up to its principles and tend to commit breaches of trust in almost each and every Muslim country. We do not fear Allah Azza Wa Jalla as we should and tend to love the pleasures of this earthly life more.

Even religious scholars have fallen victim to their Nafs @ Lusts and frequently betray the trust placed upon them by the Ummah. So, whom can we trust and depend on nowadays?

It is so challenging to live as per what Islam asks of us for we are facing all kinds of tests today.

So it is good for us to learn and know about what’s going to happen before the world comes to an end ~ Yaum al Qiyamah BUT it is also important for us to be prepared and do something positive to improve the quality of our life.

Here is a useful video that teaches us to do just that:

Even though we know that generally, we as Muslims are already living today in the Age of Fitna, we are still lucky to still be breathing and do what we need to do in order to save ourselves from being amongst those who are the eternal losers in the Hereafter @ the Akhirat.

Read as much as you can from reliable sources and live your life as best and as productively as you can. Go to www.quran.com to learn more about what Allah Azza Wa Jalla has revealed to us and also learn about the true Hadiths of Rasulullah Sallallahu Alayhi Wassallam here.

May Allah bless and guide us to His Mercy and Salvation. Ameen.