In the name of Allah, Most Compassionate, Most Merciful.

Islam places the honor and dignity of Mankind in the highest level of living life in human society. No matter what caste or creed one finds oneself in nowadays, the reality of one’s lineage and heritage remains the utmost important bedrock of one’s personal being amidst the human society in general.
With the advent of modern science and technology today, scientists and biologists have succeeded in discovering new methods and formulas to assist in human procreation and reproductive advancements.
Years before the Revelation of the Glorious Quran, Mankind did not have any idea as to how we are created and formed to be who we are and how we come to be?
Yet, amongst the very first revelations of the Qur’an to Prophet Muhammad Sallalahu Alaihi Wassallam is the verse https://quran.com/96/2 .
This verse explains to Mankind that we are created from a ‘clinging substance’. Watch the video:

How is it that Muhammad, an illiterate , unlettered Prophet of Allah, God Almighty can so accurately share this very scientific accurate information about the Creation of Man through these very exact revelations if they are not from Almighty God, Himself, almost 981 years before the invention and discovery of the microscope?

Now we know that human reproduction and conception in the womb of the mothers takes place when one out of the millions of ejaculated spermatozoa from the human father succeeds in impregnating the ovum secreted by the human mother when she is fertile.

In our human society, we have a set of norms. When a young man and woman is ready for marriage, we go about practicing time honored cultures and traditions where the young man and his representatives go seek the hand of the chosen woman as his bride to be.

We might differ in these methods by way of our time honored social and cultural traditions. Yet the main core values remain as a binding force of our individual societies identities.

Today, the whole damn world’s population seems hell bent on repeating the sordid acts of the people of Prophet Lut Alaihis Salam by engaging in homosexual and lesbianism all in the name of freedom and ‘human rights’. LGBTQ meaning ‘Lesbian, Gay [Homosexuals], Bisexual, Transgender and Queer seem to be gaining huge support from the Western countries and even the Catholic Church can’t do much to stop the rot.

Even their ‘Clergy’ are made up of such abominable types. Many a case of priests sodomizing young altar boys of the various churches has rocked the very foundation of Christendom and even nuns have fallen victims to lecherous priests and pastors.

The Muslim religious world is not squeaky clean itself either. Every now and then we read of Imams and Murshids of Madrassas committing the same crimes and when they get caught, often blame the Devil for their sins!

What a whole load of bullshit! Syaitan has got nothing to do with these crimes. They commit these grave major sins with full knowledge of what they are doing and often try to wriggle themselves out of the situation when caught with their robes down.

The problem with many so called ‘Muslim countries’ is that their Rulers, Presidents, Emir’s and Sultan’s seriously lack the commitment to uphold the true Islamic teachings and Syariah rulings.

In their bid to seek the popular vote and support of the deviant masses, many of these rulers and heads of state, choose to seek an alternative to the Syariah Laws of Allah, God Almighty and decree that lesser punishments be meted out for serious offenses.

Thus, adulterers, fornicators and those committing debauchery and incest are let off with just a ‘slap on the wrist’ type of sentences, emboldening the masses to continue living a life of Sin, not bothered with the Do’s and Don’ts of their faiths.

In Islam, the punishment for Zina @ Adultery committed by an unmarried person is a 100 lashes of the cane that is meant to educate and reform the offender.

The punishment for those adulterers who are married is death by stoning.

In today’s unfortunate world, the adulterers, fornicators and perpetrators of incest are merely let off with a small fine or a jail term that does not cause them to repent and turn over a new leaf in their life.

The end result is that society tends to become worse and a living nightmare for women, young children and those who are weak and unprotected.

At times, they are often ravaged and violated by the very officials who are supposed to protect them!

These LGBTQ practitioners are the result of the apathy shown by the so called authorities of many countries of the world today.

Let me now, start with the main topic of this article. Half-siblings borne out of sperm donor conceivements.

To the lay person reading this heading, he or she might just accept it at face value. Half-sibling. Meaning sharing a common parent.

Be it the biological mother or father. If the parents are lawfully married, no problems, whether legally or from the religious aspect.

If otherwise, here’s where the complications arise.

I would like to draw your attention to this particular case where a young man who was born from a conceivement using a sperm donor in his search for his biological father discovers that he has not one or two but 32 half-siblings born to so many other unmarried mothers.

In reality, all these 32 + 1 persons are bastards.

You may say that calling them so is harsh but we have to call them just for what their true status is as per both the legal and religious aspects.

Call a spade just that and do not legitimize whatever is illegal or against the law from both whatever is manmade or from Almighty God.

They can’t inherit property for their being born out of an out of wedlock conceivement denies them such rights.

Their whole genealogical family tree is all screwed up and devoid of legitimacy.

Actually, these unfortunate souls who are offsprings of bad decision makers in the form of their LGBTQ mothers and those irresponsible sperm donors are the victims of a society that simply doesn’t care or give a damn about the consequences of their lusts.
Islam has all the answers to avoid all these mess but as we all know, the Western media seems too occupied with sending the wrong messages about Islam to the gullible ignorants of the world.
Do not despair. Seek the Guidance and Light of Islam from Our Creator, Allah the Most Merciful.
He will hear you. 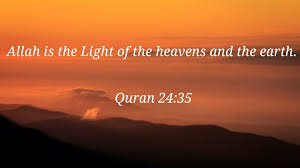