When we come across news reports of Muslims everywhere being faced with extreme challenges by those who hate them purely for the fact that the Muslim worships Allah, the Unseen God and live a spartan life avoiding all the forbidden items and acts which the Kaffirs @ the Disbelievers enjoy in this earthly realm, the question arises whether we can stay true to our faith?

It all depends on the strength of faith of each individual Muslim, male or female and as to what the particular Muslim has come to learn and profess about Al Islam? This conviction or grasp of Iman @ Faith and Aqeedah @ Creed of the Muslim differs from person to person.

Not everyone has the tenacity and strength in him or herself to hold firmly on to their belief in Allah and the prophet-hood of Muhammad Sallallahu Alaihi Wassallam. As we come to the age of understanding and learn about our faith, each of us will in a way start believing in Allah and the Prophet Muhammad according to our own level of intellect and knowledge. What one understands about the attributes of Allah depends on one’s own level of comprehension.

A rational Muslim ought to know the difference between his or her own ideas about Allah and what Allahu Ta’ala describes about Himself!

To know about Allah, the simplest way would be to study the Glorious Qur’an. In Surah Al Ikhlas, Chapter 112 Verses 1 to 4. Allah commands Prophet Muhammad to tell the Unbelievers that He, Allah is One.

That Allah is Eternal (Absolute). That He @ Allah was not born nor did He Beget and that there is nothing whatsoever liken unto Him!

The Chapter of Sincerity.

The Prophet Muhammad (Sallallahu Alaihi Wassallam ~ Peace be upon him) spent 13 long years in Makkah just preaching to the pagan Arabian Quraysh merchant tribe to which he belonged about worshiping Allah, the One True God and not to the numerous idols that they had strayed into false worship over the years since the times of Prophet Ibrahim ~ Abraham Alaihis Salam.

13 long years just calling the pagan Arabs to worship Allah and nothing else. The commandment to pray was not revealed yet. Just coming to terms that ‘There is no God but Allah’ and that ‘Muhammad was Allah’s Last and Final Messenger!

The Blessed Prophet didn’t call upon the Arabs of Makkah to idolize or worship him but only to come to terms that only Allah the Almighty deserves to be worshiped! History records the Holy Messenger of Allah to have refused the offer to be made a King over the Arabs throughout the Arabian Peninsular and all other offers of riches and beautiful women as his reward provided he gives up calling the people to believe in the One True God!

For 4745 days and nights, Muhammad Sallallahu Alaihi Wassallam’s mission in calling his fellow Makkah pagan Qurayshi Arabs to attest that ‘There’s no other God worthy of Worship save for Allah Ar Rahman Ar Raheem. Allah the Most Compassionate, Most Merciful.

13 long insufferable years where he faced the most recalcitrant, most stubborn, argumentative, quarrelsome Arabs whose atrocities against the Mercy of Allah for the entire Universes were at times so unmentionable! I dare say that none of us mankind today would be willing to stay so patient, so true to this mission to convey the Truth of al Islam to others as what our Blessed Prophet of Allah did.

When he was forced to migrate and escape to Yathrib which later came to be known as Madinah al Munawwarah with his closest Sahabah @ Companion Sayyidina Abu Bakr As Siddiq, he spent another 10 long years in teaching the Muslims about how to live life as Believers in Almighty Allah and perfected the Revelations from Allah Azza Wa Jalla for us who strive daily to become Abdullah’s @ true servants of Allah!

There’s no other true faith from Allah that exists to this day except for Islam. We just need to know and learn as to which are right and what are false? Always refer to just the true authentic teachings of Muhammad Khatamun Nabiyyi and refrain from following latter-day false prophets or syaikhs.

Click here to watch a BBC documentary about the most celebrated Messenger of Allah the Most Loving Creator of us all.

Faith in Allah will not be established if one does not learn from what the Messenger of Allah relayed to us. If one wants to learn about Allah then one must learn about Allah from he whom Allah the Supreme Creator sent to us as our Guide.

The Glorious Quran is the Verbatim Final Guidance from Allah our Lord Most High and is the absolute Last Testament and Scripture from Ar Rahman for us to refer to in knowing how to live this earthly existence and in the Akhirat ~ Hereafter.

Muhammad Sallallahu Alaihi Wassallam was the living embodiment of the Glorious Quran and his example came to be known as his Sunnah. Every Muslim worthy of the title must study and learn all that he or she possibly can in this life. True Mukmins must also practice the Sunnah of the Blessed Messenger to the best of their abilities and learn not to innovate or deviate from the authentic practices of Muhammad al Mustafa, the chosen one.

To learn this, one can go here to read up about the compilation of the Prophet’s Sayings which are known as the Hadiths. The website has the entire collections and compilations of the Examples of the Prophet, His Sayings and anything related to the religious practices in Al Islam.

We must also learn to differentiate between what is a religious practice enjoined for in Islam and what are local customs and traditions of every individual society of humankind. We are humans but we differ from one another by our selfs, our traditions, our customs, our food, our drinks and the way we view anything.

The way we do things are different from each other but in faith, we bow to the One Supreme Creator, Allahu Ta’ala. So, for one to liken all Muslims as one would be inaccurate. Yes, we are One Ummah but when looked at closer we can see some differences. Which are mostly with regard to the customs, social traditions and cultures which gives us our own separate identities. Our languages are different. Yet our unifying language of faith is Arabic. 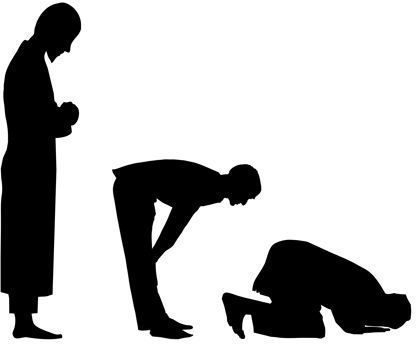 No matter who we are, when we pray to Allah, we pray in Arabic. We might not be fluent in Arabic or be able to speak and converse in it but when we Ruqu’ @ bow down to Allah, we recite the same praises, ‘Subhana Rabbiyal Adzhimi Wabihamdih!’ All praises be to Allah the Most Powerful!

When we Sujood @ Prostrate before Allah, we recite ‘Subhana Rabbiyal Aq’la Wabihamdih!’ All praises be to Allah, Lord Most High!

That my dear brothers and sisters is the same throughout the entire Universes. 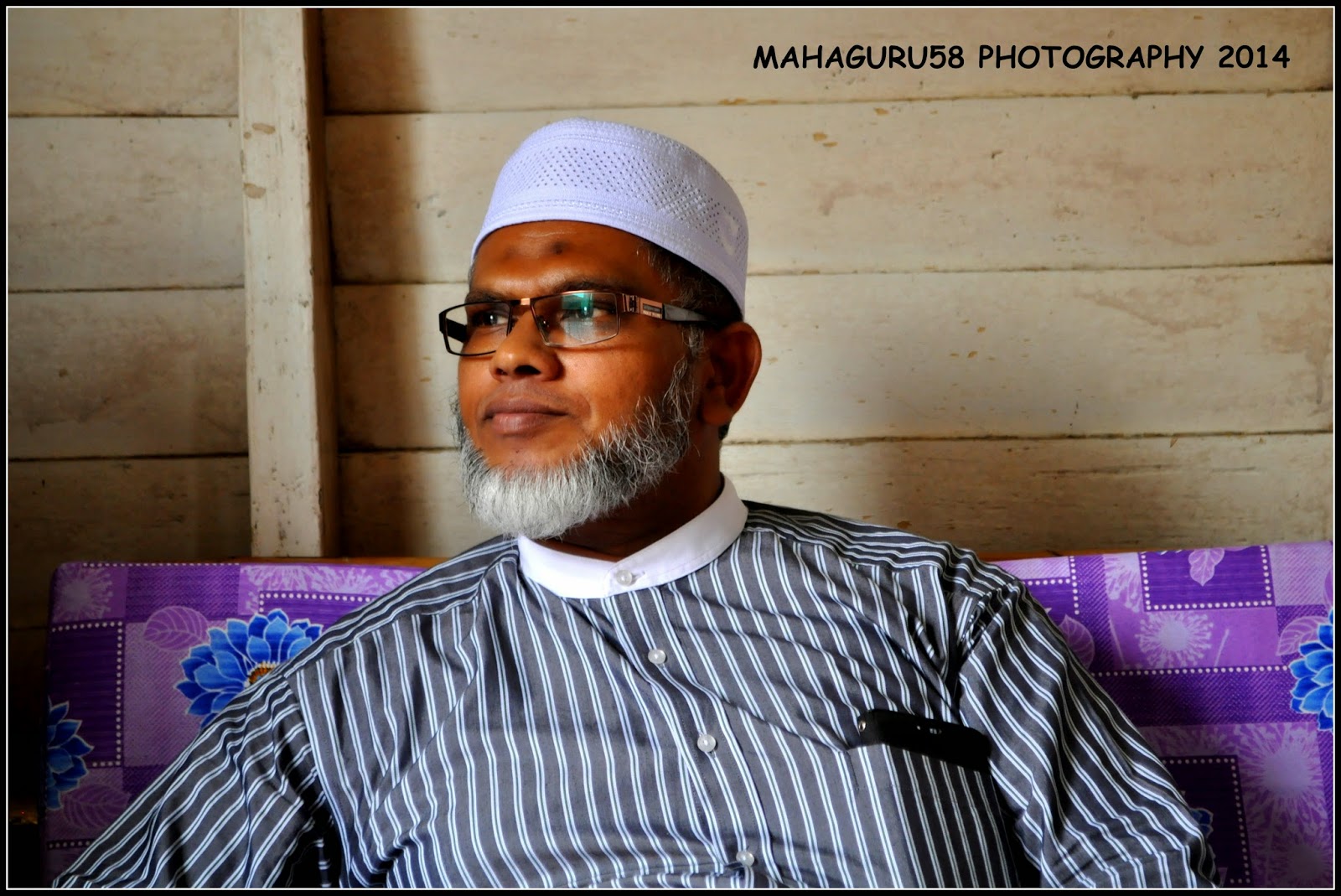