Faith in Allah the Almighty, The One and Only True God.

Assalamualaikum Warahmatullahi Wabarakatuh.
May Peace, Mercy and Blessings of Allah be upon you!

I am fulfilling my promise to elaborate further on the subject of Iman @ Faith in Allah the Almighty God of us all.

Faith @ Iman in Allah is the key to our well being here on Earth and when we live according to what our Creator has prescribed for us, the rewards which we derive from such pure unshakable faith will determine our destiny both here in this world whilst we are still alive and when we pass away into the Realm of the Barzakh ( Spiritual Realm of the Grave) and in the Realm of the Akhirah (Hereafter).

The believers are only the ones who have believed in Allah and His Messenger and then doubt not but strive with their properties and their lives in the cause of Allah . It is those who are the truthful.

Those who steadfastly believe in Allah and His Messenger @ Prophet Muhammad and strive to live as good Muslims spending their money and time in the cause of Islam are duly recognized by Allah as his true servants and will be accorded their rightful stations as those who deserve being the dwellers of Allah’s Paradises.

This faith @ Iman is not something that comes into being by chance or without any effort. One has to strive to learn and understand exactly as to Whom or what we truly believe in? Such a firm belief in knowing the Creator by spirit takes a lot of effort on our part to know Him by what He has chosen to reveal to us over the passage of Time through His 124,000 prophets and messengers.

The subject matter of Faith @ Iman in Islam requires one to possess a yearning desire to study and learn about Allah and all that He has chosen to share with us through His Final and Mightiest Messenger to us, the blessed Unlettered Prophet, Muhammad ibni Abdullah. Allah’s Mercy for all Mankind and His entire Creations.

Believing in The Unseen God requires a special kind of dedication towards knowing that there exists forces of nature and The Supreme Being in the spiritual form that we mortal beings can’t visualize but know its existence.

The living spirit within us is not something that even the most learned scientists or doctors can explain or show to us but do acknowledge its presence.

This is the Book (Al-Qur’an) about which there is no doubt, a guidance for thoseconscious of Allah –

Who believe in the unseen, establish prayer, and spend out of what We have provided for them,

Despite the tremendous advancements and achievements that Man has come to acquire in the field of Science and Technology, there are none who can create life except by the Will of Allah!

No matter who we are, whatever is the color of our skin or the color of our eyes, etc. we all have within us a formless living spirit that enables our heart to continue beating, keeping us alive.

Those who fail to acknowledge this are only fooling themselves and will suffer the consequences later when they are no longer alive. Even when they are alive, those without faith in Allah end up being in false worship of their fellow creation or figments of their vivid imaginations.

The very first human being whom Allah the Almighty created up there in the heavens was our Father, the Prophet Adam Alaihis Salam. It is Allah Who created Adam. Not through evolution as some would have you believe but by Allah the Almighty Himself, complete and perfect.

The thing that differentiates those of us who choose to believe and have faith in Allah and those who decide to differ is the matter that concerns our Creed @ Aqeedah. The Bedrock of our Faith.

Today, there are those amongst the Kaffirs who claim that they too worship Allah and have the right to address whatever it is that they submit themselves to as ‘Allah’.

I am referring to the Catholic Church of Malaysia who insist that they be allowed to call their Trinitarian concept of ‘god’ as Allah! Surely they are misleading their flock into worshiping something other than Allah the True God when they refuse to come to terms that there is only One God and not Three as they would want their congregation to believe in.

In the Surah Al-Baqarah Chapter 2 Verses 4 and 5, Allah reveals :

And who believe in what has been revealed to you, [O Muhammad], and what was revealed before you, and of the Hereafter they are certain [in faith].

Those are upon [right] guidance from their Lord, and it is those who are the successful.

Life here on Earth is an ongoing process of human beings coming to terms with realizing our roles as caretakers of this planet with its myriads of other living creatures, plants, insects and many other forms of organisms that are both existing in the physical and spiritual forms.

Despite all these achievements, each and every one of us needs to have that peace of mind that comes only by acknowledging the Existence of God and by our submission to His Will and Commands.

A person who has faith in True God attains a state of tranquility and balance in his or her life. No matter what trials or tribulations come across the believing individual, he or she will be able to work through the problems and eventually succeed in solving such challenges and progress towards achieving whatever goals they have in mind.

Those who choose to disbelieve will continue to refuse and refute whatever proof or evidence that any well meaning Believer tries to share with them. This state of kufr @ disbelief is defined clearly by Almighty Allah in the following verse, also in Surah Al-Baqarah, Chapter 2 Verse 6:

Indeed, those who disbelieve – it is all the same for them whether you warn them or do not warn them – they will not believe.

No matter what one says or shares with the Kaffirs @ Disbelievers, their stubbornness will prevent them from seeing the truth nor accept it.

None can give guidance and open up their hearts except Allah!

We can try our best to guide them but if they remain defiant and want to have nothing to do with Islam, then we should just let them be to answer for their decisions themselves in the Yaum al Akhirat!

Faith, dear brothers and sisters will be what sets us apart and determines our future stations in the Hereafter. We could end up either in Heaven or Hell depending as to what we come to believe in here on Earth and as to what we do with the life that Allah Has Given us? 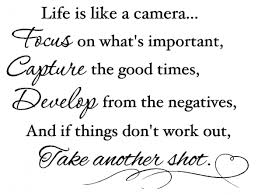 Do not take this life for granted. One might have all the riches of the world in one’s possession here but if one does not have faith in Allah and act according to what Allah commands us, then the person concerned will only find out later that such riches and wealth won’t guarantee a befitting status in the next life.

I have lots more to share with you about Faith in Allah but I need to stop here for now. I will get back to you and share more in the following article.

Till we meet again,