Malaysia has been rocked by the demands of the Catholic Christian Church to be allowed to use the term ‘ALLAH’ to replace the word ‘Tuhan’ which is the correct translation for the word ‘God’ in their Malay translations of their Christian Bible! 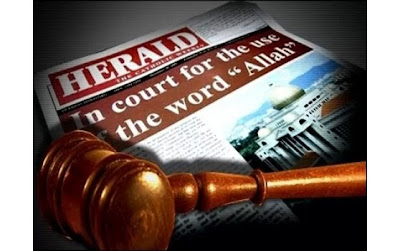 Such a preposterous demand naturally has raised the ire of the country’s Muslims and as a result several major protests have been held by them to demand the Catholic Christian Church of Malaysia to drop and cease from such a pursuit!

The Catholic Christians refuse to budge and have resorted to take the matter to court insisting that they be allowed to use the term ‘ALLAH’ in place of the proper Malay word ‘ Tuhan’  to describe their Trinitarian concept of God.

Now, such a matter surely ought to have come under the purview of the Keepers of Islam here in the 9 Malay Sultanates in the Malay Peninsular but surprisingly to this date, we have yet to hear of the Malay Rulers Council coming up with a collective decree prohibiting the usage of the term ‘ALLAH’ by the Christians and other Non Muslims to describe their deity or deities!

When the Malay Rulers fail to act as one, the resulting mayhem has turned into a religious and legal quagmire with the case unnecessarily being heard in the courts and sort of caught in a judicial tug of war between the offended Muslims and the recalcitrant Catholic Church leaders!

Now, let us get down to the basic Principles of Faith that Muslims believe in and what do the Christians in turn believe in as well.

Muslims believe that ‘There is only One God!’

In the Holy Quran. Chapter 112 in the Surah Al Ikhlas ( Chapter of Sincerity) , Allah the Almighty commands us to say that He is One!

He neither begets nor is born,

Nor is there to Him any equivalent.”

Allah clarifies that He is only One! He is the Eternal, the Absolute. He was not born nor did He procreate. And that there is None like Him!

Whereas the Christians have always been referring to their Trinitarian Concept of God as God the Father, God the Son and God the Holy Ghost!

A 3 in 1 concept of God. Even at this stage we can see the difference between what we Muslims believe as our Supreme Lord Almighty, Allahu Rabbul Alamin @ Allah, Lord of the Worlds to be just One Supreme God whereas the Christians come up with a Godhead of 3 different characteristics of what they believe to be God!

I am not here to deny the Christians their liberty to worship whatever they want as even Allah the Almighty has commanded us Muslims @ Believers in Allah to say to the Christians and other Disbelievers who are addressed as the Kaffirun in the Arabic language of the Holy Quran in the particular Surah Al Kafirun. Chapter 109.

Transliteration
La aAAbudu ma taAAbudoon
I do not worship what you worship.

Nor are you worshipers of what I worship.

Nor will I be a worshipper of what you worship.

Nor will you be worshippers of what I worship.

For you is your religion, and for me is my religion.”
In as simple and crystal clear a manner has Allah commanded us Muslims to say to the Disbelievers in Him that we do not worship what they worship nor do we force them to come worship Allah without their own free will and in faith.

There is an established understanding of the freedom to worship whatever that they want and that we are all to come to such a truce to allow each other the right to practice our own individual faiths.

Over the years, Muslims and Christians have in a way minded our own business and let the other practice their faith in relative peace and harmony here in Malaysia.

Save for the few odd cases where we had witnessed the apostatizing of Azalina Jailani @ Lina Joy and some other individual Malays to the Christian faith, we have been trying our best to keep the peace here but lately there has been a concerted effort on the part of the Christians especially that of the Catholic denomination to intrude into the realm of the Islamic faith by their wanting to use ‘ALLAH’ to now describe what they worship?

If we are to do a search online as to whether Christians and Muslims worship the same ‘ALLAH’ as what these Catholic Christian Church of Malaysia is so adamant in using, we will find sites such as this which protest loudly of any such insinuations!

At least those Kaffirs have the decency to be steadfast in their Disbelief unlike the Catholic Christians that we have here in Malaysia!

For no rhyme or reason, the Catholic Christian Church leaders have harmed the peaceful co-existence that we have been enjoying here in Malaysia and caused the lawyers shown below to rise up and defend the sacredness of the term ‘ALLAH’ by which True God Almighty addresses Himself from being associated with the Disbelief of the Christians!

It all started with this Catholic Christian Priest who started the whole issue!

Some people just never learn! They take pleasure in rocking the boat and are not bothered as to who gets drowned in the process!

I for one hope and pray that the Catholic Christian Church leaders concerned will come to their senses and return to using ‘Tuhan’ as the appropriate choice of word to describe their ‘God’ in their Malay language Bibles as they should.

I also pray that our ‘Keepers of Islam’ will really do what they are supposed to do which is to look out for the sanctity and preservation of our Islamic Faith’s sacredness from being polluted by others such as what the Catholic Christian Church here has done.

It’s just not right for our Malay Sultans to play safe and choose to remain silent on this most important and sensitive matter. At least the Sultan of Selangor, His Royal Highness, Sultan Sharafuddin Idris Shah had the courage and forevision to prohibit the usage of the term ‘ALLAH’ by any Non Muslims in his State of Selangor. 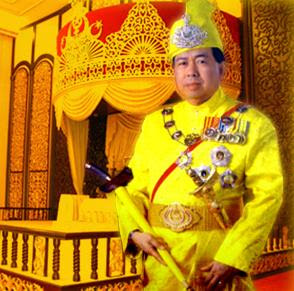 I hope the other Sultans and Raja Melayu will soon follow suit! Insya Allah.

Malaysians generally are a peace loving people and we seldom get so riled up unlike other countries where the people are quick to run riot and kill each other over the smallest of matters.

Religion is a very, very sensitive matter for us and only those who do not practice what they tend to preach will want to stir up any such troubles amongst us who are from multi-ethnic and multi-faiths living together here in this blessed land. I hope that they will think of the consequences of creating unnecessary strife here amongst us, mostly peace loving Malaysians.