My friend, the Perlis Mufti sms’d me asking why I was not there at the Pan Pacific Hotel, Putra World Trade Centre, KL attending the ‘Himpunan Ulamak, Cendekiawan Islam and Penulis Maya’ @ Ulamak, Scholars & Bloggers event held by the Kelab Sahabat Bina Negara? 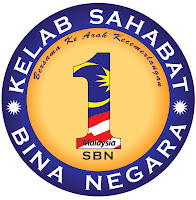 Frankly speaking, I answered him that I didn’t know about it and have not received any invitation or notice about such an event.

Furthermore, I was busy trying to recover my gmail and blog after it had been hacked and robbed from me so seriously I had no idea about this pow wow of the ulamak, scholars and ‘bloggers’?

To add more injury to an obvious self pleasing event where it’s gonna be another run of the mill glorification and appeasement of the powers that be, I wasn’t surprised to read another sms from my friend the Mufti as to the missing of ‘Bloggers Gajah’ as he put it from the event?

I deduce that to being the fact that bloggers such as I don’t kiss ass or rubberstamp my approval of all that the powers that be come up with every now and then in their charade of championing the people!

Don’t think that ‘critical bloggers’ such as Mahaguru58 are top in the event organizers list. You see, I’m no fan of those who do not really practice what they tend to preach or who go around putting up a show of being this or that!

I prefer action figures. Those who really do what needs to be done? Despite the glorification process by the media of the advancements being made in our country’s infrastructure, there is a serious lack of sincere efforts on the part of the rulers to build up the Aqeedah of the ummah and that worries me.

I’d prefer the gathered ulamaks and scholars to go out amongst the people and teach them about true Islam?

There are many people out there who do not really know about our faith?

They are Muslims just in name. They do not know the fundamentals about Islam, Tawheed, Aqeedah, Syariah and all other important aspects of our religion.

Some don’t even know how to take proper wudhu’ @ ablution. They do not know how to perform their solat as prescribed in our Deen.

My experience of witnessing an Orang Asli pray haphazardly during a Jumaat prayer at the Kuala Pangsun Masjid Jamek at Hulu Langat was an eye opener to the reality that people such as the native revert need our ulamaks and scholars guidance more than those who think they have carried out their responsibilities as a Muslim by attending conventions and events held at posh places attended and officiated by the PM or whosoever?

So, its no wonder that I wasn’t informed about this do at the PWTC’s Pan Pacific! I’m not known to endorse all that the powers that be come up with?

When you don’t kiss ass as most of these folks who swim up close to the wake of the premier or any other VVIPs frequently do, there’s fat chance that you’ll be invited to any such gatherings!

It’s not gonna be the turning point of this nation. Believe me.

There has been umpteenth seminars, forums and events after events which have been held all these while to speak of this or that.

What has been the outcome?

We now have scholars who are willing to sell their souls to the devil in order to have themselves be cherished and celebrated by the powers that be without considering the sorry state of affairs that the faith of Islam and its adherents are suffering or going through in the country as I speak!

The Muslims need sincere, down to earth, dedicated Da’ees of Allah to go teach and lead the people.

There are countless number of Muslims suffering here in Bolehland who could do better with more people first Callers and Teachers of Islam out there in the countryside and rural areas.

I might be tempted to go take a peek at what’s happening but for right now, I have some important tasks that needs my attention.

Good luck to my Mufti friends. May you all be inspired to free yourselves from the shackles of officialdom and kiss my ass protocol that is so widely put to practice along the corridors and hallways of ‘power’.