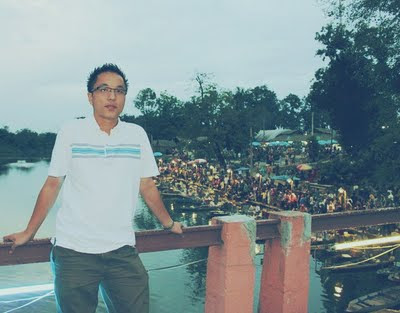 The Muslim Bloggers Alliance accepted a new member on the 9th of February 2012. He is Muhammad Ikhwan Ng. A 27 years old Government Servant. Has 3 blogs.

Muhammad Ikhwan Ng Bin Abdullah is also known as Ikhwan Ng. Raised up at Ipoh, living at Taiping, Perak.. 100% pure Chinese blood. Reverted at 26 Sept 2008, on a Friday in the blessed month of Ramadhan.

Claims not to have been a really serious religious person before getting to know Islam. Says he couldn’t label himself as an Atheist in the past either for he still believed in the existence of God!

The only difference was that he didn’t believe that God existed in human philosophy.

Claims to have found answers about God everywhere! There were tons of different views that he has read about the matter but yet none of them impressed him. Says that he felt that his life was like a leaf blown about by the wind here and there, not knowing which way he should go in his life?

Alhamdulilah, he says that he found his way with Allah’s Taufik and Hidayah.

He has taken to blogging to share his thoughts about Islam and his personal journey on the path of Reverted Muslims.

Muhammad Ikhwan Ng states that what he has written does not represent any political party or NGO’s.

To those who would like to know more about him, please visit his blogs and contact him.

On behalf of The Muslim Bloggers Alliance, I wish him a warm welcome and may his being with us add a new dimension to our efforts here to share more info about Islam with our fellow humanbeings. 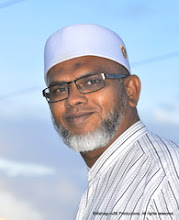