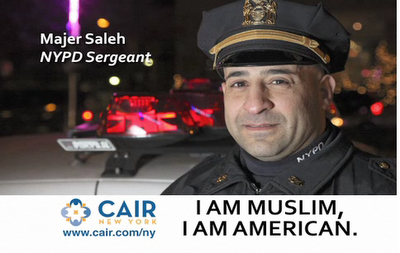 An American Muslim advocacy group launched a massive advertisement in New York City’s infamous Times Square on Tuesday in a bid to present to millions of Americans a “fair” and “accurate” portrayal of Islam.

The public service announcement, “I am Muslim, I am American,” was launched by the New York branch of the Council on American-Islamic Relations (CAIR) and aims to show people that Muslims are a valuable part of American society.

The advertisement starts with the statement “Building Community, Serving Country” and features American Muslims from all walks of life, including a police sergeant, a Little League all-star, a human rights activist, a doctoral candidate and an attorney. 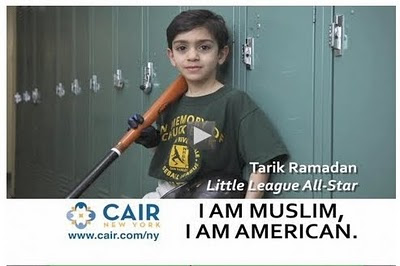 Ali added that “this initiative is part of our ongoing effort to ensure that a fair and accurate portrayal of Islam and Muslims is presented to the American public.”

The campaign will run from Dec. 22 to Jan. 16, and will even be shown on New Year’s Eve, when at least one million people are expected to crowd Times Square for celebrations and the infamous countdown, when the ball drops at midnight.

“We have more than 400 million people going through Times Square and we thought this would be a good opportunity to send out a positive message about Muslims,” Ibrahim Cooper, CAIR’s national communications director, told Al Arabiya.

And the message is simple “that American Muslims are a vital part of our society and people have an opportunity to learn more about them,” Hooper said.

And for those who have never been to Times Square, Hooper explained that the advertisement will appear on the CBS Super Screen, which is a 26-foot by 20-foot full-motion screen, called a “JumboTron,” and will air 18 times a day.

“We hope that the millions of people from around the nation and the world who view this public service announcement will return home with enhanced understanding of Islam and the American Muslim community,” CAIR’s National Executive Director, Nihad Awad, said.

And according to Hooper although the advertisement has only been up for a day it has already been well received.

“The reaction has been very positive and we have already had people showing an interest and donating online.”
CAIR, 23 December 2009

POSTED BY SHARJEEL KARIM – AT