She stared at him, her heart crushed.

” What do you mean?” her voice quivered.

She took a deep breath and released her pent-up frustrations.

“I can accept if you say that you have another woman, in fact I can bear it if you say that you’re leaving me but this..! You can’t live as a Muslim? You’re implying that you’ve reverted to Islam just to marry me? That our marriage in all these years is just a sham.. that you’ve never really intended to be a real Muslim in the first place!? What about our marriage vows? Were you a believer when you recited the akad nikah?!?” she almost shouted at him.

She had no more tears to cry. She had tried everything within her power to bring him back to Islam, done her best to work on her marriage with him, always trying to believe that things will eventually work out for the best.

She had prayed to Allah s.w.t night after night, seeking His help and His mercy. She had decided to wear the hijab, after years of procrastination, and had felt closer to Allah despite the turmoil and difficulties in her own marriage.

She had accompanied her husband to learn about Islam and had repeatedly reminded him about his religious obligations. During the first few years of their marriage, he did follow but soon began to lose interest. In desperation, she had even prayed in front of him in the hope that he would be moved to join her but he never did. And she had kept on trying, praying and hoping.

She had been ridiculed, scolded and emotionally abused by her non Muslim in-laws whenever she visited them with her husband. They blamed her for influencing their son to revert to Islam. They looked down on her and her own race, citing that the Malays were all hypocrites and that her religion was evil. Yet she remained patient and tried to be a good daughter-in-law and a solehah wife.

Until this final day when he told her that he didn’t want to be a Muslim any longer.
And she realized that for many years, he had never been one.

Her husband, whom she had loved and served faithfully during all the long years of their married life, had become murtad or an infidel.

And he wanted her to join him in his nonMuslim parents’ home. 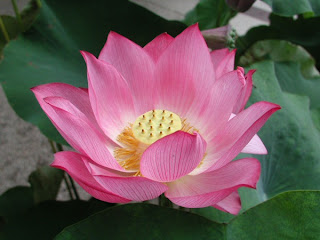 She said NO.
She had had enough.
She made up her mind.
She charted her own destiny, away from him.
She planned her escape.
She’d rather lose him than her own faith.

She loves Allah swt more than she loves him.
And she’s waiting to be a free woman again.

“I consider everything that had happened as a journey and life’s lessons, Aliya. I’m a much stronger woman today, thanks to what I’ve gone through. I’m alone but I still have my family who loves me and cares about me.

I lost a husband but now I’m happier as a single woman again. And Allah swt has rewarded me with more rezeki than ever so that I can stand on my own feet. Alhamdulillah for His blessings.”

“Yes… Allah will never test anyone more than he or she can bear..” I replied.

We looked at each other’s eyes and smiled in understanding.

Yes, we’re stronger through our own trials. And we’re much stronger now when we learn to rely on Allah swt, and to trust Him to continuously guide and protect us.

Surah al-Isra 17: 15. Who receiveth guidance, receiveth it for his own benefit: who goeth astray doth so to his own loss: No bearer of burdens can bear the burden of another: nor would We visit with Our Wrath until We had sent an messenger (to give warning).

What a coincidence. I just published an article dealing with the subject and here you are writing excellently on the same matter as always.

As they say, birds of a feather flock together but in our case Bloggers for Al Islam have the same wavelengths, I suppose?

You are worth your weight in gold my dear and your hubby is a gifted man. May you both be blessed always by Ar Rahman for your efforts to help enlighten the ummah.