Today, I am featuring http://abrizal.blogspot.com/.

Brother Rizal is one of our Muslim Bloggers Alliance member. He resides in Canberra, Australia and is a psychologist serving the people there.

Brother Rizal’s article titled ‘ Sleeping Positions, Sunnah and Medical Benefits‘ is my chosen article for today to grace the ‘Featured Blogger’ category this time around.

Without further adieu, I present to you Brother Dr.Rizal Abu Bakar’s article.

Which is the best sleeping position?

Do we know the benefits of sleeping on the right side as propagated by Prophet Muhammad?

There are numerous hadiths reported the sleeping position of our beloved prophet.

For example, Al-Bara’ ibn ‘Azib said, “When the Messenger of Allah, may Allah bless him and grant him peace, used to retire to his bed, he would lie on his right side and then say, ‘O Allah, I surrender my soul to You and I turn my face to You and I entrust my affair to You and I seek Your support with hope and fear of You. There is no refuge from You but to You. I have believed in Your Book which You sent down and Your Prophet whom You sent.'” [al-Bukhari]

In another hadith ‘A’isha said, “The Prophet , may Allah bless him and grant him peace, used to pray eleven rak’ats at night. When it was dawn, he would pray two quick rak’ats and then lie on his right side until the mu’adhdhin came and gave the adhan.” [Agreed upon]

We know that lying down can be on the back, on the abdomen, on the left or right side.

The resulting respiratory crisis results in brain and heart fatigue as well. An Australian researcher noticed the increase in the likelihood of babies’ sudden death when they sleep on their stomach compared to those who sleep on one of the sides. It is inimitable that these modern studies agree with what our prophet said as narrated by Abu Huraira (May Allah be pleased with him): “When the prophet (peace be upon him) saw a man lying on his front, He said (Allah and his prophet dislike this position in lying) ” (Reported by Al-Tirmdhi).

Another Hadith is the one narrated by Abu Umama (May Allah be pleased with him) he said: “ When the Prophet (peace be upon him) passed a man sleeping on his front in the mosque he hit him with his feet and said: wake up and seat as this is a diabolic sleep”

Lying on the back, on the other hand, causes the respiration to be through the mouth. The mouth opens up when lying on back as the inferior jaw relax. However, the nose is the one prepared for respiration, as it contains hairs and mucous that act to purify the air entering during inspiration, and as it has dense blood vessels that make the entering air warmer.

Respiration through the mouth then makes the person prone to colds, especially in the winter, and also to gum dryness and its resulting inflammation. As well as it evokes potential situations of dissemble excess or gumic hugely. So these positions the jaw and uvula oppose the wideness of nose and prevents current of breath. So snoring will increase.

Moreover, in this case, the person wakes up with an abnormal white layer covering his tongue and an undesirable mouth odour. Sleeping on the left side is not favoured either, as the heart would be then under the pressure of the right lung, the biggest of the two lungs, and this would affect its contraction especially if the person is old. The full stomach which itself is under the pressure of the heaviest organ in the digestive tract, the liver, which delays its emptying, would also impose a pressure on the heart.

A group of experiments done by Galteh and Butseh found that the passage of food from the stomach to the intestines takes from 2.5 to 4.5 hours if a person is sleeping on the right side whereas its takes 5 to 8 hours if he is sleeping on the left side.
  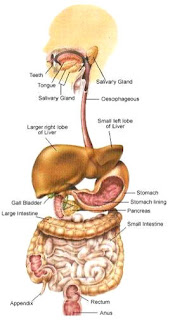 Thus, sleeping on the right side is the correct position as the left lung is smaller than the right one and the pressure on the heart would therefore be less, the liver would not be suspended, and the stomach would be on it and so emptying its contents would be quicker.

Moreover sleeping on the right side is one of the best medical interventions to facilitate the excretion of the mucous secretions of the left respiratory bronchioles.
That is what was said by Dr Al Rawi who added that the reason for the expansion of the airways in the left
lung and not the ones in the right one is that the right lung’s bronchioles are laterally positioned to a certain extent, whereas the ones in the left lung are vertical and so it is harder to push the secretions upwards to be excreted. This leads to their accumulation in the inferior segment, leading to the expansion .The symptoms at this stage is excessive phlegm discharge in the morning which may exacerbate and lead to serious illnesses such as lungs’ apse and urinary disease, and one of the most modern treatments for those cases is sleeping on the right side.
Posted by Rizal Abu Bakar at 4:04 PM 0 comments

Links to this post
Labels: sleeping position, Sunnah and Medical Benefits
May we all learn more about the benefits of following the Sunnah and pray that Allah SWT rewards Dr.Rizal for the enlightening article he has shared with us here. Ameen.